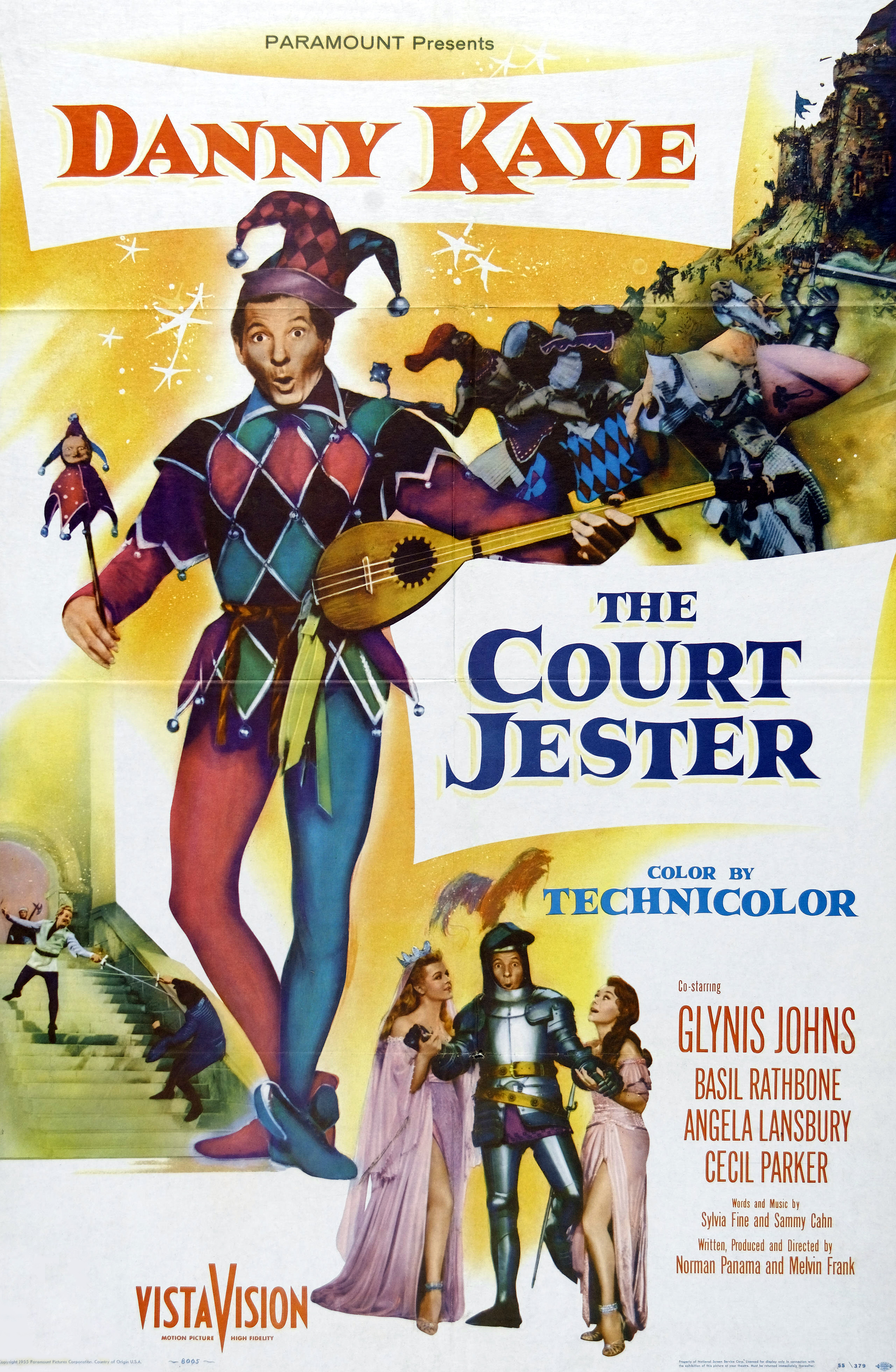 A hapless carnival performer masquerades as the court jester as part of a plot against an evil ruler who has overthrown the rightful King.

The throne of rightful King of England, the small baby with the purple pimpernel birthmark, has been usurped by the evil King Roderick I (Cecil Parker). Only the Black Fox (Edward Ashley) can restore the true King to the throne - and all he needs is the King's key to a secret tunnel. And while he's trying to steal it, someone has to change the King's diapers. The task falls to Hubert Hawkins (Danny Kaye), the gentlest member of the Fox's band. The Fox's Lieutenant, Maid Jean (Glynis Johns), guards Hawkins and the baby while they travel, but when they meet the King's new jester on the road, they decide to initiate a daring plan for Hawkins to replace him, become an intimate at the court, and steal the key. So, humble Hawkins becomes Giacomo: the King of jesters and jester to the King. But things begin to get zany when the King's daughter falls for Giacomo, the King falls for Jean, people randomly sing what are supposed to be recognition codes, and a witch with very effective spells (and poison pellets) begins to interfere.